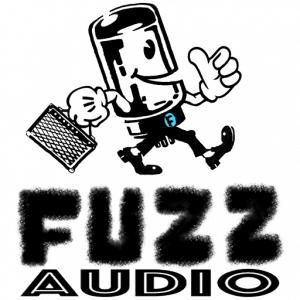 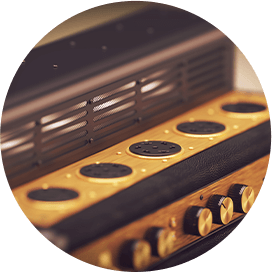 Why You Need a Tube Guitar Amplifier

An electric guitar body with its strings and pickups is only half an instrument. All electric guitar players know that the amplifier is the other half. In fact, from a tone and volume point of view it is the most important half.

To understand the importance of this point, one only has to consider some acoustic instruments. Acoustic instruments are essentially self-contained. They possess a way to create vibrations that ultimately get converted to vibrations in air (sound waves), and they contain some physical material, typically wood or metal but sometimes plastic or other material, that respond to the source of vibrations. Initial vibrations can be created by hammered or plucked strings. This is the case with pianos, guitars and violins, just to cite a few examples. Vibrations can also be generated by a reed or mouthpiece in conjunction with the mouth, as is the case with a clarinet or trumpet.

The answer is that a note played on an acoustic instrument does not produce a pure tone. Along with the fundamental frequency, in this case 440 vibrations per second, the instrument will produce other harmonic sounds above and below the fundamental note. These secondary vibrations account for the timbre of a given instrument, and it is that timbre that gives an instrument its unique characteristics.

For acoustic guitars, timbre derives from the type of wood, especially the wood used for the top soundboard, as well as the size and shape of the body and a host of other construction features. For electric guitars, the equivalent of timbre comes largely from the amplifier. The magic of tube amplifiers lies in the fact that tubes create their own harmonics. Solid-state amplifiers can mimic the timbre created by vacuum tubes, but they cannot duplicate it faithfully.

In addition, in the universe of tube amplifiers there are variables that result in complexity derived from different circuit design elements, different preamplifier and power tubes, and even differences among different brands and ages of vacuum tubes of a given type. All of these variables contribute to the richness and mystique of this subject and to the fact that sophisticated enthusiasts can explore this universe in search of the tone that best matches their set of preferences.

Here are some graphic representations that illustrate the importance of amplifiers. These figures will not tell you which amplifier is best for you in a given situation. For that you need to rely on your ear. But they demonstrate the complexity of the important collaboration between guitar and amplifier, a collaboration that is most rich when tubes are involved.

The following figures present spectral analyses using a single note, A440, which corresponds to the first A above middle C on the piano and the fifth fret of the high E string on a guitar with standard tuning. The comparison begins with this note generated with a tone generator, which produces a clean tone without major harmonics.

Here is the spectrum produced by the tone generator. There is a dominant peak at 441 hz with few harmonics. Note that this is a db (log) scale, so the noise floor is exaggerated relative to the actual signal. Compare the spectrum above with the spectrum generated by a single note on a Martin acoustic guitar (5th fret of high E string). Note the increases in the number and magnitude of harmonics relative to the tone generator, as indicated by the vertical lines to the right of the major (fundamental) peak. Another perhaps more dramatic way to look at this same issue is to compare composite waveforms. The image below shows the waveform for the A440 tone generator. It is close to a pure sine wave and as such is not very interesting melodically.

Here is the equivalent waveform on the Martin acoustic guitar. Keep in mind that this is a single note, in principle A440, produced by plucking the high E string at the 5th fret. Because of the complicated harmonics produced by resonance of the wood and geometry  of the guitar, this waveform in much more complex.

Consider the waveform produced by a Telecaster pickup in the absence of amplification. This is a Tele bridge pickup interfaced directly with a computer with no signal processing. It is not as boring as a pure sine wave but it is not very interesting.

Telecaster, no amp, bridge pickup direct, no signal processing, A440: Finally, the richest waveform is generated by the Fender Telecaster A440 note (5th fret of high E string, bridge pickup) processed through a Champ tube amplifier. This complexity is derived from the characteristics of the vacuum tubes in the amp, beginning with the 12AX7 preamp tube.